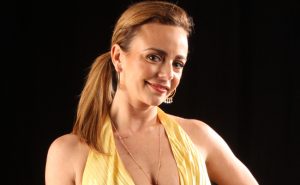 Landra has been in the ballroom dancing industry since 1999. Having worked professionally for Arthur Murray Franchised schools as well as in her own dance studio, she brings 16 years of experience as a dance instructor, dance competitor, dance trainer, studio manager, and studio owner. In her experience with the Arthur Murray organization, she won several awards which acknowledged her excellence in all these roles. These included the “Top New Student Director” Award and the “Top Manager” Award. In 2004, she achieved highly-coveted international recognition within the organization by receiving the “Top Overall Instructor Award World-Wide” for the year.

Although Landra is well-recognized for the high quality of her teaching at all levels of dancing—from beginner to advanced—in her career as dance instructor, she quickly developed a reputation for having the gift of teaching new students during ballroom dance classes. She makes learning how to dance easy and fun and keeps her students motivated and coming back for more.

On a competitive level, Landra is known as “Fearless” by the people who know her best. Her dedication to the sport of competitive dancing has caught the attention of students, judges, and fellow staff members. The mindset which drives her competitive spirit is a determination to always be the best, not solely on the basis of talent, but more importantly, on the willingness to put in the hard work, day in and day out, which is needed to stand out amongst fellow competitors.

The creativity demanded of choreography makes it an area of special interest to Landra. She is inspired by the need to tell the story that unfolds when a musical piece serves as backdrop to a dance. She trains her students (and staff) on exactly how to portray emotions through not just dancing but also through body language and focal points. Because a routine with no story is like watching a movie with no plot, Landra spends hours making sure her innovative choreography matches a student’s personality. The excellence of her students’ performance of show routines has been recognized through attainment of the “Top Overall Showcase Routine Award” at national competitions.

For wedding couples, Landra understands that what makes the first dance so special is the celebration of the bride and groom. Whether a bridal couple is looking for something simple or more in-depth, her goal is to personalize the first dance to the song chosen by the couple and develop a choreography suited to their personality. To accomplish this, she considers how a couple’s learning ability and vision can be coaxed into the development of something better than expected.

To sum up, Landra has a passion for dancing and a love for people. She has set out on a mission to change the dance industry one step at a time by providing excellent instruction in her ballroom dance studio, and the interpersonal supports which will improve the overall learning experience for every person that walks through her doors. In her own words, “I want everyone walking into my studio to feel as comfortable as walking into their own home. We are family, a dancing family that will continue to grow year after year!” 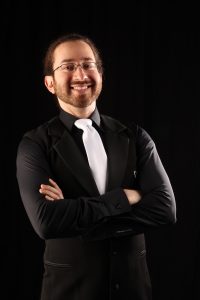 Jason began his life as a dancer in 2000 at a swing dance class in Williamstown, MA – a small town in the Berkshire Mountains.  He fell in love with social dance, and helped to found a local dance club that brought in instructors from a variety of dance styles (including ballroom, contra, swing, and Argentine tango).  He later moved to New York City, where he joined Stepping Out Studios’ salsa team, which enabled him to do his first trip abroad for dance – studying and competing in salsa in Puerto Rico. Since then he has traveled the world studying dance and language- from salsa in Cuba, waltz in Vienna, Argentine tango & Spanish in Argentina, and Brazilian zouk & Portuguese in Brazil. He has competed and performed his own original choreography in multiple dance styles, and truly feels that dance has the power to express the human condition. He began teaching part-time in 2009, and over the years began to think more and more about pursuing dance full-time.  He finally made the leap in 2016, quitting his day job as a K Street business consultant, and beginning a year as a freelance dance instructor. In 2017 he met Landra, and soon became a full-time instructor with Modern Ballroom Dance Studio – where he is excited to share his belief that there is no feeling in the world 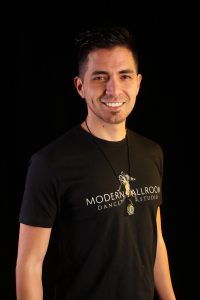 Aldo began his dance career in 2014, training to become a Salsa and Bachata instructor. Shortly thereafter he began teaching at festivals and clubs all over the DMV area, and has become one of the main instructors at The Salsa Room and Mr. Mambos events. Aldos’ main joy in dance comes from body isolations, which is one of the reasons why he loves Sensual/Modern Bachata. Though you can find him dancing on social floors throughout the week, his true love is for teaching. His workshops and lessons have a strong focus on making legible leads and attentive follows, with an overall focus on body control. In 2018, Aldo had the idea to bring his favorite dance to groups that would never otherwise be exposed to lessons, by creating workshops suchs as Latin Dancing for Nerds and Leading Ladies. The goal is to bring new people to the scene, help them overcome social anxieties, help them find what they think is lost, open up avenues for new experiences and to be excellent to each other. 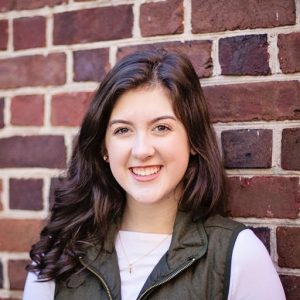 Hannah Swim Trained in ballet and jazz at Barlow Arts Conservatory. She has performed with Barlow Arts Convervatory, American Heritage School, and South Country High School. She has guest choreographed various numbers for community events, South County High School, and American Heritgage School. She has taught music to children for the past several years and is looking forward to sharing her love of dance with the children at Modern Ballroom Dance Studio.