Here at the Modern Ballroom Dance Studio, we love the classic musicals of Old Hollywood. In our past blogs, we’ve discussed some of the most famous dancers of the classic silver screen, including Gene Kelly, and the partnership of Fred Astaire and Ginger Rogers. Characterized by elaborate musicals, the movies before the 1960s featured a wide variety of talented dancers. Many of these talented dancers began with humble roots in the vaudeville circuit, touring from one town to the next across the country. Today we would like to discuss one of the most talented performers with such a background: Donald O’Connor.

Born August 28, 1925 in Chicago Illinois, Donald O’Connor was the fourth surviving child of Ringling Bros. circus performers, Effie and Edward O’Connor. Unfortunately, his family experienced several tragedies early on. When Donald was still an infant, his seven-year-old sister was hit by a car and died, and his father died of a heart attack just weeks later. Experiencing overwhelming grief, Donald’s mother became fiercely overprotective of her remaining children and would later become a domineering stage mother.

Like many families in this impoverished era, the Great Depression hit the O’Connors hard. The family traveled from city to city performing vaudeville acts, sometimes simply in order to eat. Beginning his career as a toddler, Donald quickly developed a love of dancing and performing, which served as a means to escape his overbearing mother. 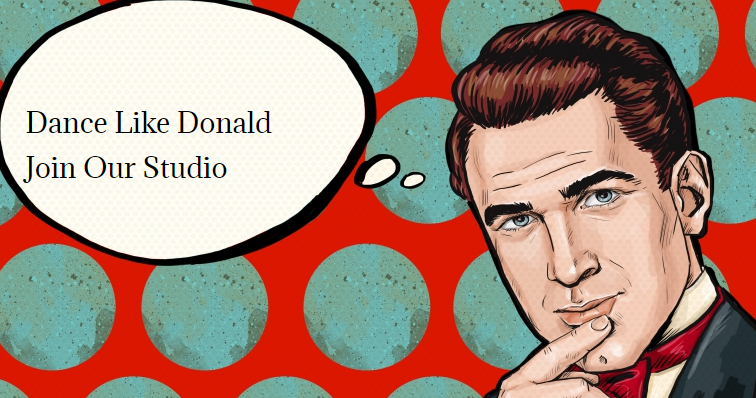 In 1937, someone from Paramount Pictures discovered Donald O’Connor, and he was cast opposite Bing Crosby in the 1938 movie, Sing You Sinners. O’Connor made 11 more movies but paused his career when his brother Bill unexpectedly died. Donald replaced his brother in the family act and toured the circuit until 1942. When his run finished, he joined the Hollywood dance troupe, The Jivin’ Jacks and Jills, and worked in several musicals. Once he turned 18, he was drafted to serve in the Special Services Corps to entertain soldiers during World War II.

Once he was discharged, O’Connor returned to Hollywood, scoring several starring and supporting roles in musicals. He also began strictly acting in some movies, such as the notable 1949 hit, Francis the Talking Mule, which resulted in several more movies.

Singin’ in the Rain

Perhaps the most famous film scene of O’Connor’s entire career is his dance number, “Make “Em Laugh” in the 1952 musical, Singin’ in the Rain. Complete with acrobatics, including running up a wall to perform a backflip, this movie scene mesmerized audiences. O’Connor’s role as Cosmo Brown in this musical even earned him a Golden Globe award for Best Actor. Reaching true star status, O’Connor’s career skyrocketed, and he performed in a variety of musicals with Marilyn Monroe and Ethel Merman. He also stretched his acting muscles in movies such as the 1957 film, The Buster Keaton Story, and later television roles.

Would you like to get in touch with your inner dancer? Although you most likely will not be running up walls to execute flawless backflips at our ballroom dance studio in Woodbridge, you can learn some pretty sweet moves. The encouraging environment and guided instruction of our modern ballroom dance lessons make our classes truly enjoyable. Contact The Modern Ballroom Dance Studio in Woodbridge today.