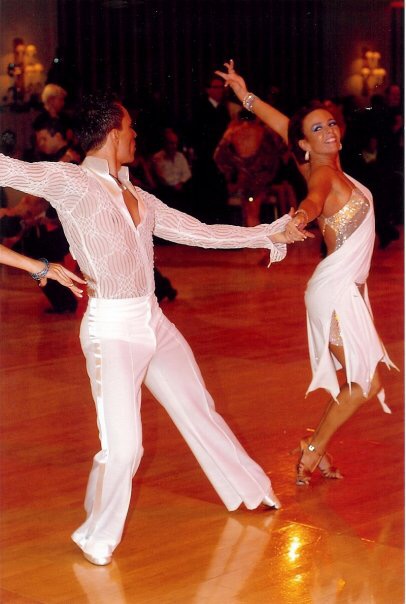 We’ve written many blogs about the benefits of dancing and what to do and what not to do when you start dance classes. But we haven’t talked about the many types of dance that we are able to teach here at our adult dance studio. What does each dance involve? How and where is it performed?  Let’s start with the most obvious one, because it’s right in our name: ballroom dancing

While many people can participate in ballroom dancing on the same floor at the same time, it is known as a partner dance. Most ballroom dances focus on specific partners, even if they are sometimes separated.

Where Did It Come From?

As you might suspect, ballroom dance came from medieval Europe and was popularized by the aristocracy of the time. Formal dance at the time split in two, one becoming ballet and the other becoming ballroom. Ballet became a professional artistic dance and ballroom became a social dance.

As music changed, ballroom dancing changed with it. Music such as waltzes made their way into social dancing, popularizing ¾ time and leading to dances for popular music such as polkas.

With modern ballroom dance, there are fewer pre-arranged sequence steps. Instead there’s more focus on partners who have prearranged steps. The invention of jazz also played an important part, as it opened up the dance to new forms of music. Finally, movies played a big part in making it popular; Fred Astaire and Ginger Rogers films helped to erase any “stodgy” ideas the public might have had about ballroom dancing.

If you’ve got the urge to dance and are looking for a ballroom dance studio, stop by Modern Ballroom dance and learn even more about this wonderful activity!